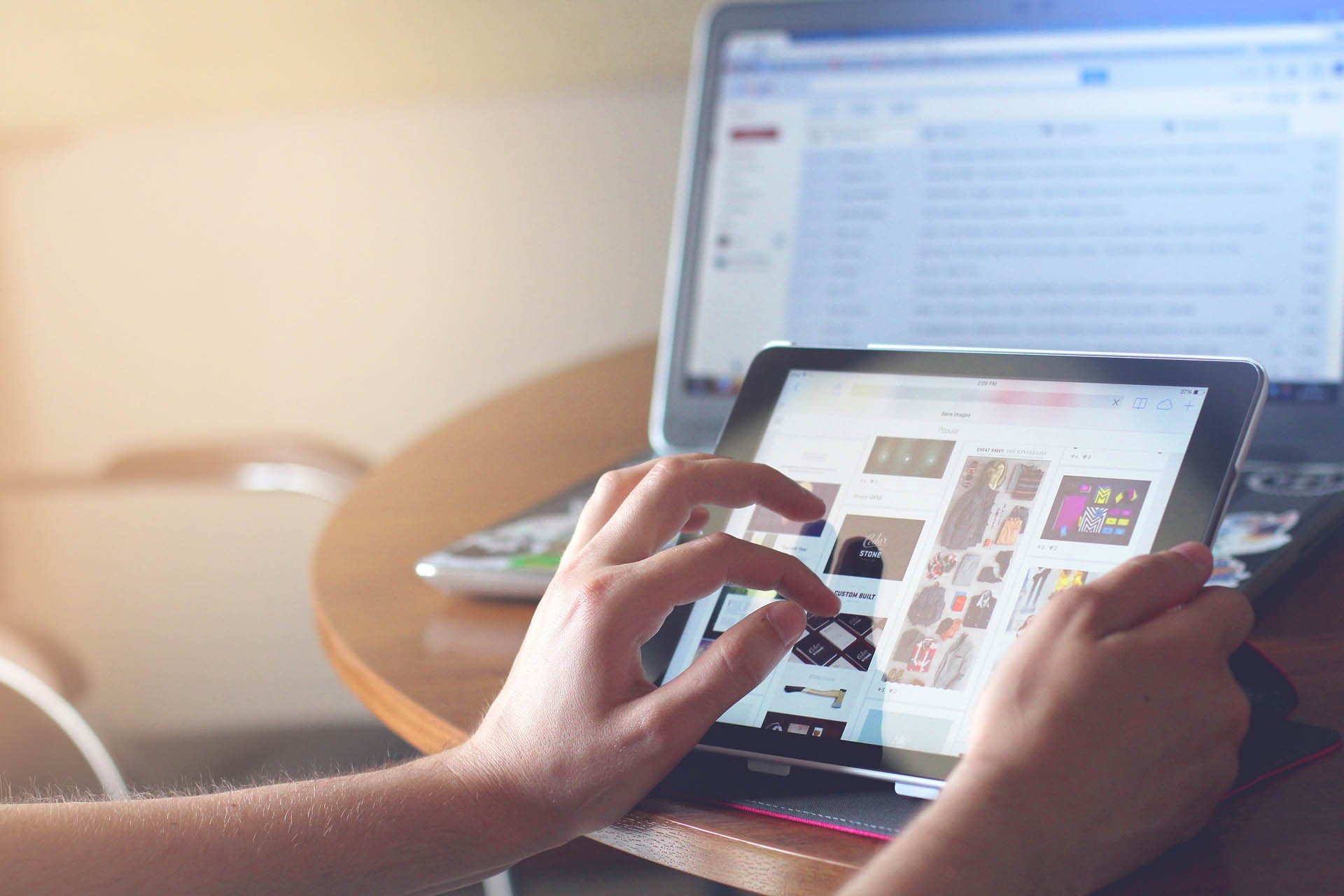 The United Arab Emirate (UAE) is one of the biggest economies in the Middle East with a gross domestic product (GDP)of more than $ 690 billion. It has most diversified economies among Gulf countries. In terms of digital consumer adaptation, UAE is one of the top countries in the world with more than 100% of smartphone adoption and more than 70% social media use.In UAE Vision 2021, the National Innovation Strategy declared digital technology as a top primary national sector with plans to develop advanced technologies including smart cities. But why does increased digitisation a cause of worry ?

There were 1.7 billion malware attacks detected globally in the first quarter of 2018, according to Trend Micro, a Japanese multinational Cyber Security and Defence company.Out of these, 2.4 million were in UAE, followed by Kuwait and Bahrain with 1.9 million and 1.2 million respectively.The challenge is whether the UAE is prepared to secure its computer network systems and push countrywide ”digital transformation”.Upfront,operational technology ecosystem in UAE particularly in oil and gas and utilities industries will be more at risk with the rise in sophisticated cyber attacks.Cyber criminals are becoming smarter and faster in how they leverage exploits to their advantage and organisations across board are at high risk of being targeted.

The high incidence of cyber attacks in the Gulf region is creating a boom in the cyber security industry, which is worth of $ 11.4 billion and is expected to double in size by 2022.In the year 2017 alone more than 94% companies in GCC countries suffered big cyber attacks.In 2012, Saudi Aramco, the world’s biggest oil company was attacked by Shamoon virus, that crippled its 35000 computers.The same year a virus was found in the computer network of Qatar’s RasGas, a producer of liquefied natural gas.According to cyber experts in coming months and years, there could be a surge in the number of unauthorised use of some else’s computer to mine data. The region’s operational technology ecosystem will be more prone to cyber attacks like network intrusion, phishing,viruses,worms, and malware.

One of the reason for the higher number of attacks is the continued use of password-authentication. According to Microsoft 2018 Digital Transformation Survey, more than 80% large Gulf corporations still use username and password as the exclusive means of log-in.Whereas, security professionals globally are recommending next-generation identity-management techniques such as facial recognition and biometric identification.

After a decade of hearings in United States senate and congress, there is little agreement on whether and when cyber attacks constitute an act of war, or an act of terrorism, espionage, or cyber-enabled vandalism. Technological change wildly outpaces the ability of lawmakers and the citizens who have become the collateral damage in the daily combat of cyberspace-to understand what was happening, much less to devise a national response.Cyber conflict remains in the gray area between war and peace, an uneasy equilibrium that often seems on the brink of spinning out of control. As the pace of attacks rises in US and globally, our vulnerability become more apparent each day.The US federal government warned utilities that Russian hackers had put ‘implants” of malware in the nations nuclear plants and power grid and then, few weeks later, added they were infesting the routers that control networks of small businesses and even individual homes.

In 21st century information technology is the bedrock of our society as we store our wealth and treasure, we run operations, we keep secrets all in cyber domains.In entire human history no weapon has been adopted with such speed, customised to fit so many different tasks, and exploited by many nations to reshape their influence on global events without turning to outright war.Among fastest adopter has been Putin’s Russia, which deserve credit to master art of giving sustained migraine to United States.Moscow has shown the world how hybrid war works in 21st century.

After second world war United States emerged as hard and soft superpower that changed unfriendly and brutal regimes in Middle East, conduct drone strikes on terrorists, and blow up missile bases in faraway lands. Nevertheless, there were exceptions, when United States faced national terror: the British burned White House in Washington DC and nearby buildings in the war of 1812, the Japanese attacked Pearl Harbour, and Al-Qaeda brought down twin towers and part of Pentagon building. The policy makers of United States are aware that existential threat is not from the nuclear tipped Russian, North Korean or Chinese intercontinental missiles, or terrorists with access to nuclear weapons.But by cyber weapons, as they are entirely different from nuclear arms, and their effects are truly phenomenal as demonstrated by by Russian cyber attacks on US Presidential elections in 2016.President Obama during his second term was determined for reducing nuclear weapons worldwide. As a recipient of Nobel Peace Prize in 2009, he was conscious of his responsibility as the guarantor of world peace.He strongly condemned the September 9 nuclear test by North Korea in a public statement, by reiterating US policy. The security apparatus of white House vetted various possible options to tell North Korean dictator in unequivocal terms that nuclear north Korea is not acceptable. One of the option on table was the possibility of increasing cyber attacks on North Korea. The National Security personnel of President Obama argued that cyber attack by US could trigger escalation and set off a round of attacks and counter attacks that could cripple the internet,financial system like banks and credit cards, power grids, media communication systems etc, potentially bring American or even the world economy to its knees.The American security establishment had shown great restraint and instead embark on developing their own robust cyber security architecture.

The Russians have hacked US Presidential elections of 2016 and it has become very contentious issue in domestic US political debate as Democratic Party believes that it helped President Trump to defeat Hillary Clinton. In 2015, Russian hackers tunnelled deep into the computer networks systems of Democratic National Committee (DNC), and the subsequent emails they stole may have changed the course of American democracy. Within the same year, the Russians not only had broken into networks at the white House, the state department, and the joint chief of staff, but had placed malware in American nuclear and electrical plants that could give them power to switch off vast swaths of the country.

North Korea’s cyber capability has been demonstrated powerfully in 2014 attack on Sony pictures Entertainment designed to stop the release of satirical movie about Kim Jong Un. The movie a comedy called the Interview, depicted two journalists going to North Korea to assassinate youthful dictator.American investigators later discovered that North Korean hackers had lurked inside Sony’s networks for three months waiting to attack. On November 24, North Korea took Sony’s computer screens. To maximise shock value, the screen displayed a menacing red skelton coming out at the viewer and the text “ Hacked by # GOP,” short for “ Guardians of Peace”. North Korea had destroyed 70% of Sony’s computers and laptops. North Korea employs hundred of hackers and regularly using cyber programs to steal of hundreds of millions of dollars from banks.People’s Republic of China’s cyber Force operates out of a white building in the Pudong, a depressed neighbourhood of Shanghai city.It has massage parlour and noodle joints.Here Chinese hackers stealing terabytes of data from American corporations- such as design of F-35 aircraft, technology of gas pipelines, google’s algorithms and Facebook magic formula. Smartly Chinese hackers are so camouflaged and foggy that it was impossible to trace them down.

In the cyber world we have seen some spectacular limited damage as Iran’s centrifuge became crazy, a steel plant in Germany, a casino in Las Vegas, a crippled petrochemical plant in Saudi Arabia, missiles bursting mid-air in North Korea, attack on the health-care system in Britain and in 2018 attack on Facebook.Cyber weapons transforming global geopolitics like nothing since the invention of atomic bomb.Cheap to acquire, easy to deny and effective for variety of malicious purposes–from crippling infrastructure to sowing discord and doubt.Cyber is now a weapon of choice for democracies,dictators and terrorists.

The infrastructure of networks upon which internet traffic travels–went from being a passive infrastructure for communication to an active weapon for attacker being the second most targeted country in Gulf region for cyber attacks, the need for corporations to become cyber resilient and train its employees in the state-of-the Art cutting edge technology by using cyber security software tools through short-term academic programs.

We share you the news letters and insightful articles on education for the future.

It’s never been easier to get trained at future skills!